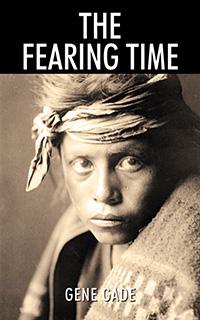 (EMAILWIRE.COM, September 30, 2022 ) Denver, CO and The Dalles, OR  Outskirts Pressthe fastest-growing, full-service self-publishing and book marketing companyis pleased to announce the release of Gene Gades The Fearing Time. This historical novel skillfully captures the drama and cultural conflict of Indian boarding schools. It also incorporates incidents from the authors experiences while working as a counselor in a dormitory with elementary school kids in a boarding school on the Navajo reservation.

The century-long official policy of removing Native American children from their families, placing them in often brutal boarding schools and forcibly repressing their languages and cultures resulted in massive tragedy for individuals and tribes and in cultural conflicts that have yet to heal. The Fearing Time weaves that tragedy and conflict into an exciting story that builds toward a dramatic and violent confrontation that actually happened at a remote trading post in 1892. When a militant Navajo leader and his followers clashed with an arrogant Indian Agent over the issue of the boarding school policies, the crowd turned into a mob that nearly killed the agent and held him and his entourage under siege in the trading post until soldiers came and negotiated a truce.

The fictional narrative follows Kai, a 12-year-old Navajo boy who makes a desperate attempt to escape from a brutal boarding school. Bitterwater, a Navajo policeman, is assigned to capture and return the boy to the school, but he has his own demons resulting from his participation in the Long Walkthe notorious exile of the Navajos after their conquest by the US Armyand Bitterwaters experience with the kill the Indian to save the man policy at the famous Carlisle Indian School in Pennsylvania.

When Kai is brutalized upon his return to the school, Bitterwater and his wife, Ruth, aid Kais second escape. Ruth takes Kai to join a group of Navajos led by a man named Black Horse (a real historical character), who is radically opposed to all white intrusions, especially boarding schools. The newly freed Kai joins with several other Navajo youths on a raid to capture cattle and horses in territory dominated by Mormon settlers, and the adventure results in numerous incidents, some humorous, others life-threatening.

A monumental clash of cultures leads to high adventure and drama midst the spectacular Navajo country in The Fearing Time, which is based on actual events. A boys desperate escape and the violent confrontation at Round Rock Trading Post illuminate the inevitable and tragic conflicts that result when education is weaponized to destroy indigenous cultures.

Learn more about the author at outskirtspress/TheFearingTime.

At 388 pages, The Fearing Time is available online through Outskirts Press. It is also sold through Amazon and Barnes and Noble for a maximum trade discount in quantities of 10 or more and is being aggressively promoted to appropriate markets with a focus on the historical fiction category.

About the Author: Gene Gade is a retired educator who worked in Navajo boarding schools. The Fearing Time is based on historical references and the authors personal experiences. Gene holds several university degrees related to ecology and natural resources, and is also a history buff with a lifelong interest in Native American history and culture. He spent four life-changing years as a counselor and science teacher in Bureau of Indian Affairs boarding schools in Arizona and has since worked with Native Americans in Alaska and Wyoming. He hopes for further involvement where he now resides, in Oregon.

About Outskirts Press, Inc.: Outskirts Press offers full-service, custom self-publishing and book marketing services for authors seeking a cost-effective, fast, and flexible way to publish and distribute their books worldwide while retaining all their rights and full creative control. Available for authors globally at www.outskirtspress.com and located on the outskirts of Denver, Colorado, Outskirts Press, Inc. represents the future of book publishing, today.

Bookbinding Adhesives Market to be worth $2.1 billion by 2027

Bookbinding Adhesives Market to be worth $2.1 billion by 2027